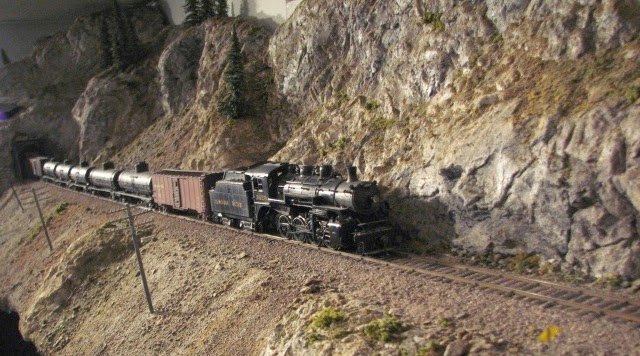 Extra 3628 East works upgrade on the Coquihalla Sub with a train of loaded tank cars full of Bunker C Fuel Oil.  It is September of 1949 and these tank cars are "OCS" (on company service) destined for the various fuel storage tanks on the Kettle Valley Division.  The CPR has recently converted most of its locomotives to oil from coal and constructed the requisite storage and service facilities at Brookmere, Penticton and Carmi.  In addition to the OCS tanks, oil and gas were supplied to the many communities along the line as evidenced by the many private tank cars to be seen in the consists of Kettle Valley trains.

Modeling these CPR tank cars was an interesting and rewarding experience for me as they are somewhat unique and essential to my era and operations.  I provide here some photos and drawings of two different cars that were the most numerous on the company's roster.  In both cases, I was fortunate to photograph and measure the prototypes.  But unfortunately, the photos were loaned to a friend and lost.  CP Tracks carried an article and photos in Issue 11-1.  You can click on any photo or drawing for enlargement and downloading. 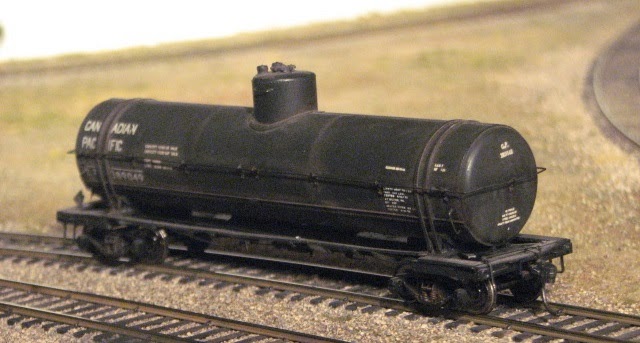 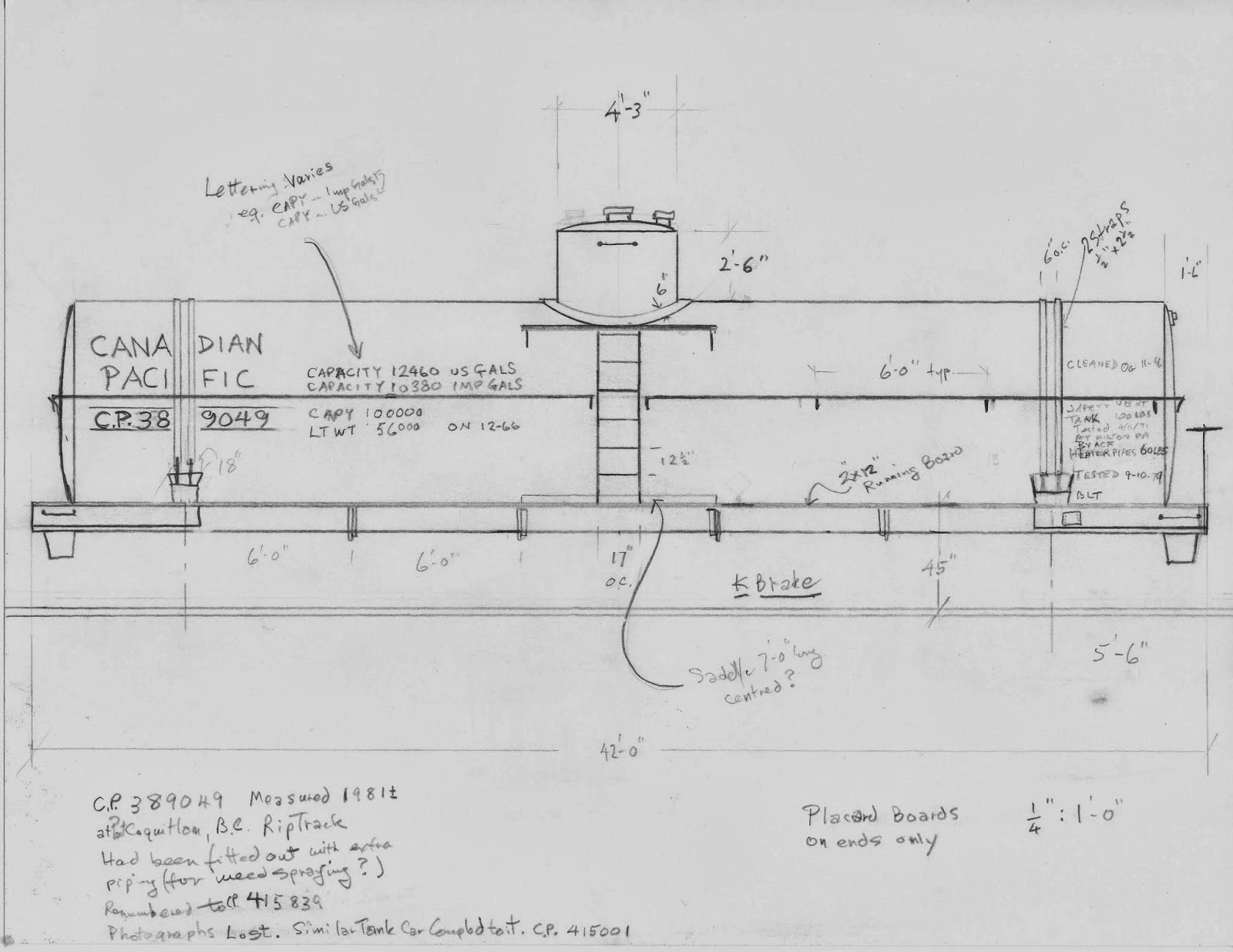 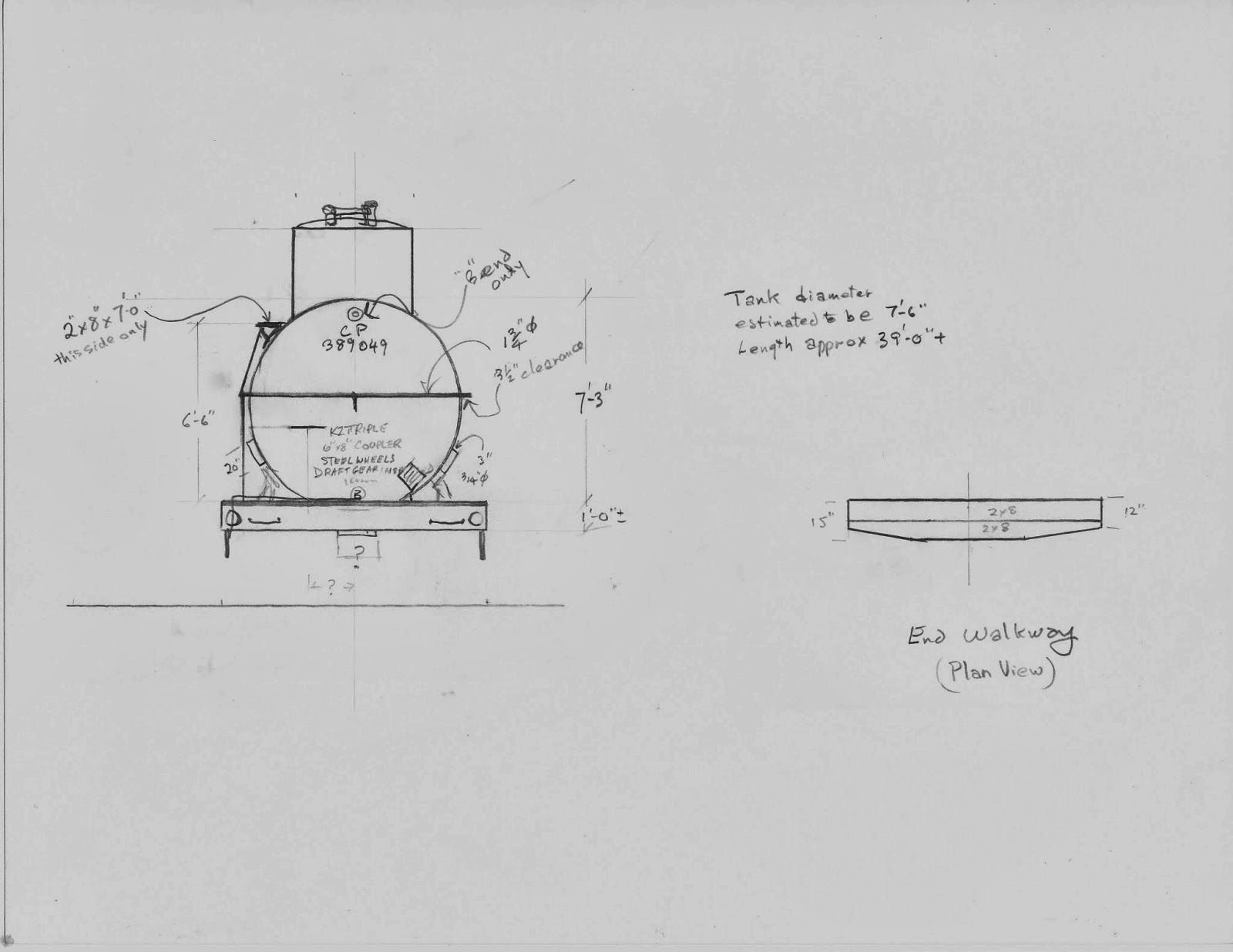 Here are some shots that my friend, the late Glenn Lawrence, took around 1960.  The cars are likely being unloaded of their Diesel fuel for the Vancouver engine facilities.  Glenn was very generous with his photos and resources as well as a very good modeler whom I met at the Vancouver Club in the CNR station. 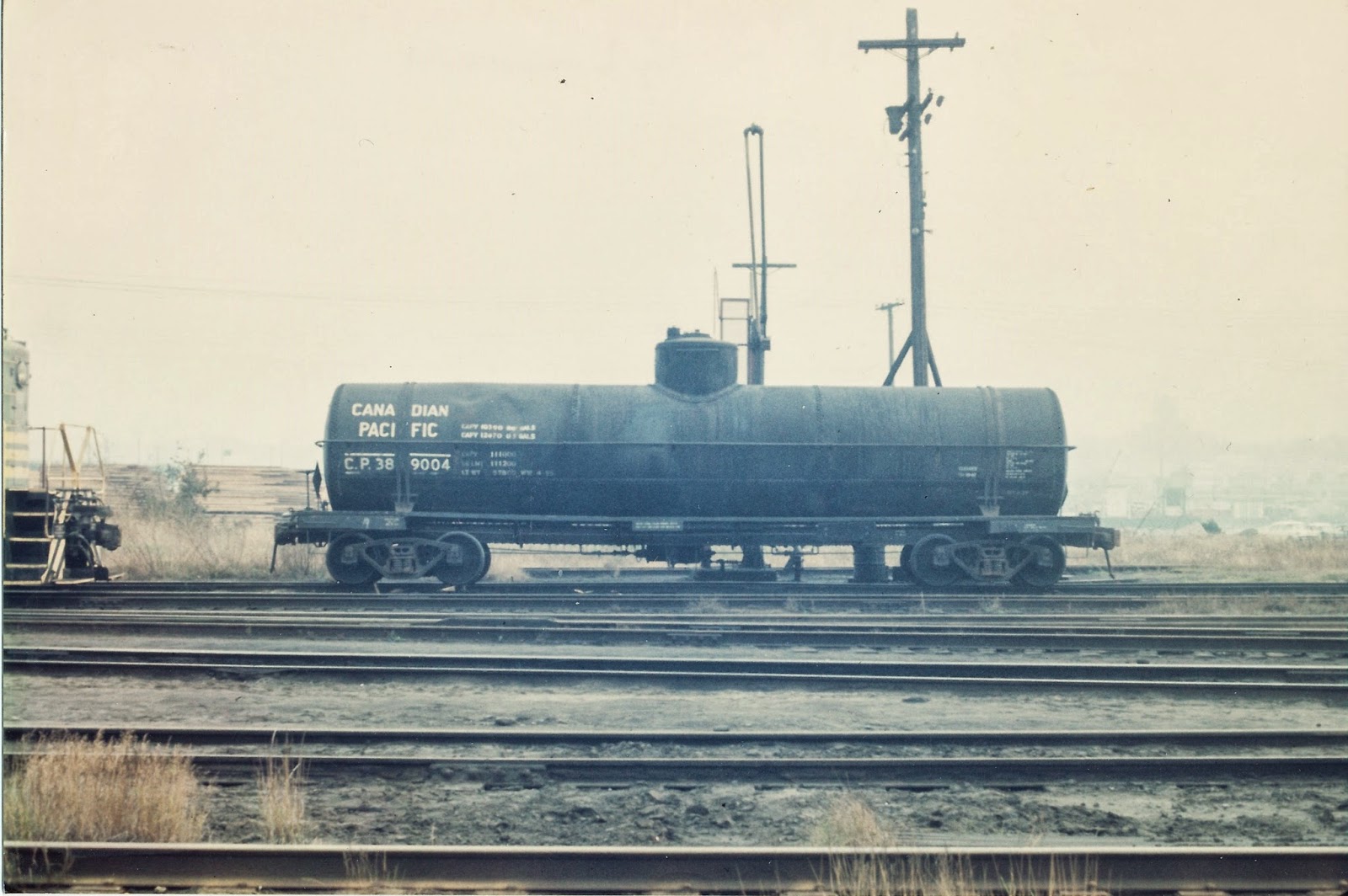 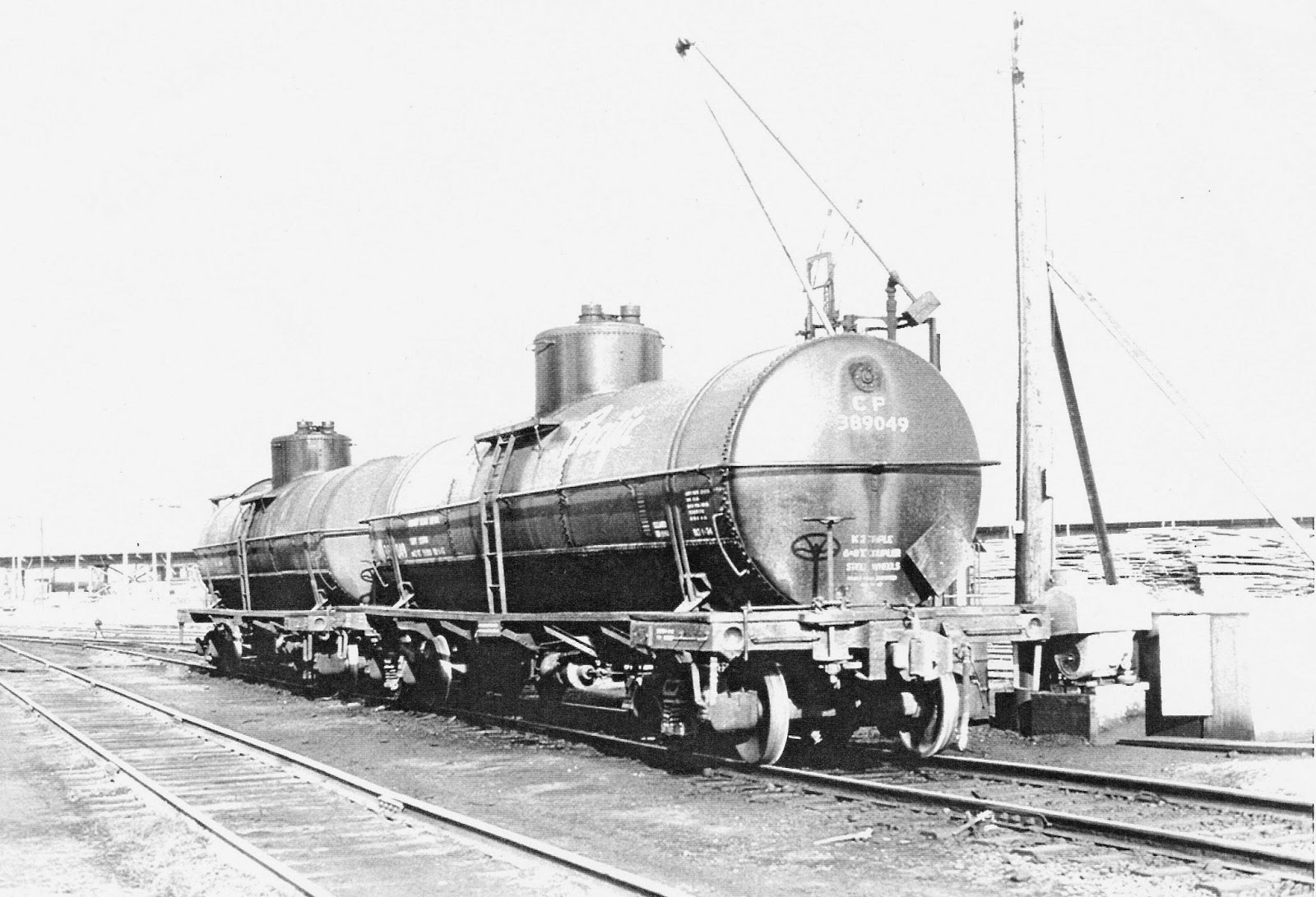 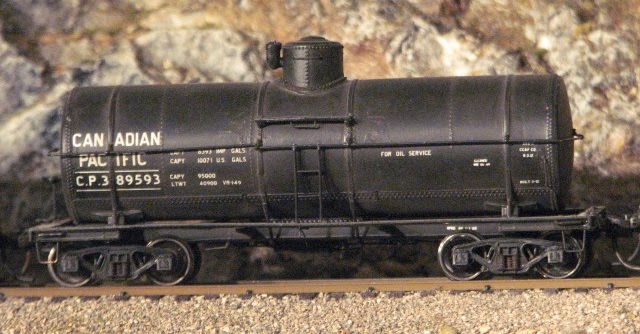 Drawings from measurements taken in late 1980's.  Car was to be moved for scrapping. 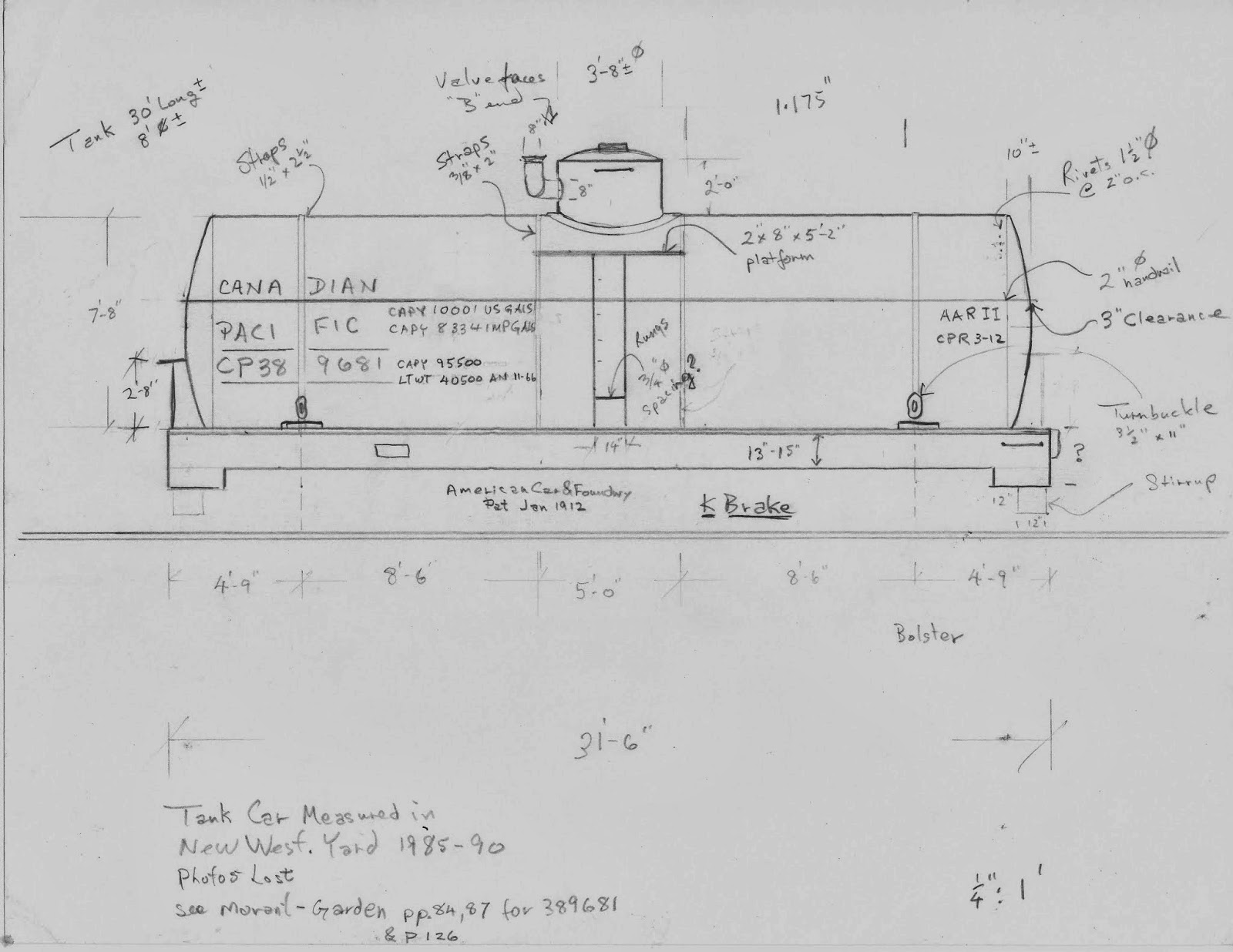 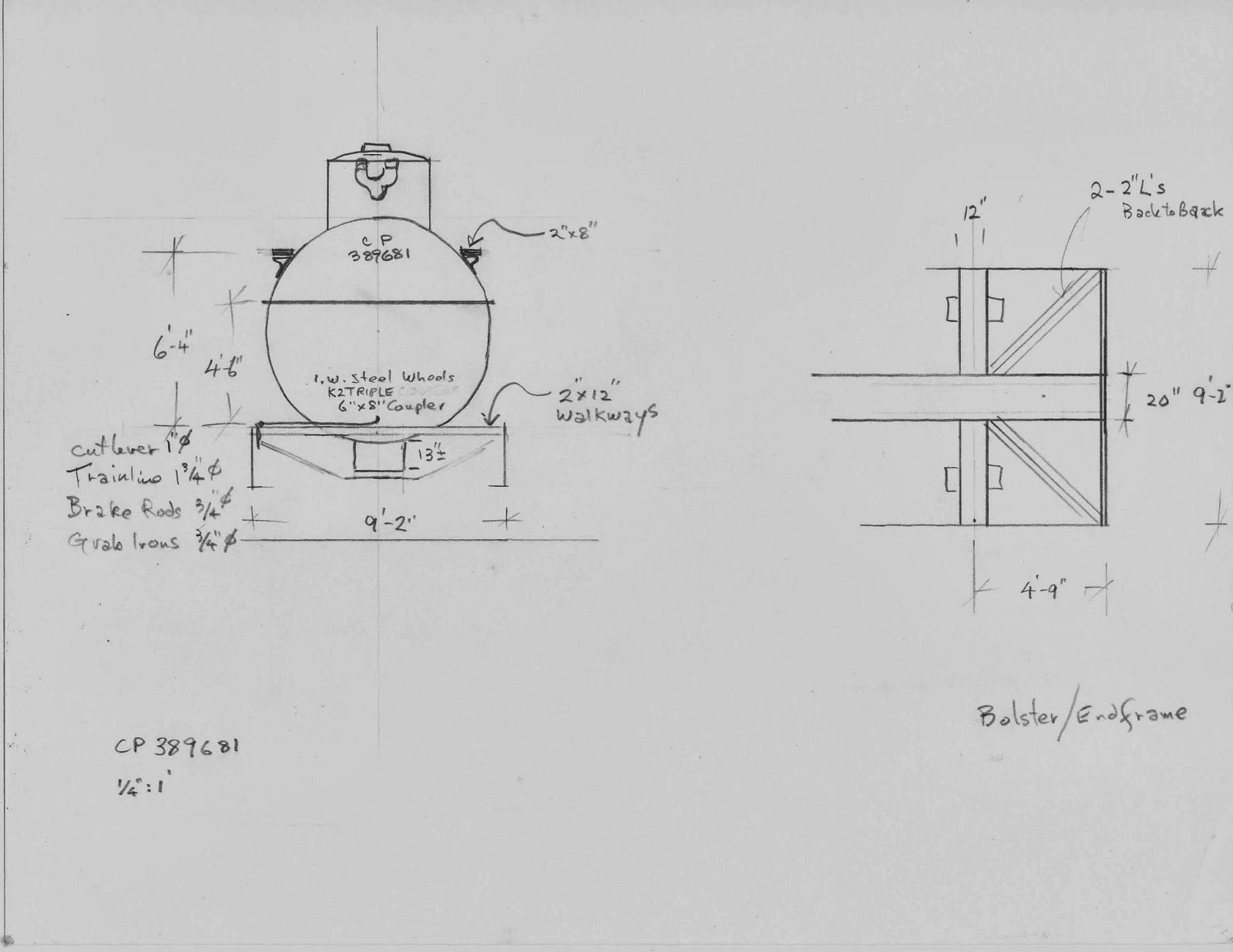 A very good photo of the prototype can be seen in the CP Tracks issue 11-1 and also in Nicholas  Morant's Canadian Pacific by J. F. Garden, pages 84 & 87.

This post is a little late due to much activity on the layout: Eng 925 got a lot of attention and is working well!  Lots of scenery and a road bridge for the logging trucks.  It is hard to break away from modeling when you are on a roll.

Hope to see some CPR tank cars by others eventually.